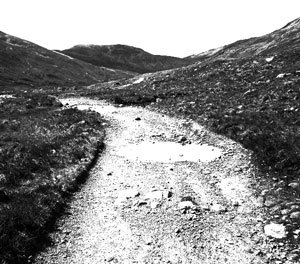 This post continues to receive plenty of views so I thought I’d post an update. Since this was published, I’ve tried some different hub and rim options and I’ll offer some thoughts.

Now fitted to my Surly Troll, these have offered sterling service over the last two years and maybe 12,000 miles. I’ll add to the extensive cannon on the Rohloff in a separate post at some point, but I am a fan of hub transmission for touring and the off road riding I do. The SP Dynamo has proven to be reliable and strong with the added benefit of charging my devices of course. There is resistance when the hub is applying juice, but I haven’t found it a great hassle in real world use.

Update: The bearings on the SP dynamo have now failed. This is, according to the manufacturer, all I might expect from one of its hubs. On this basis, I can’t recommend the SP8 for touring as there is no easy way to replace the bearings without invalidating the warranty (if under two years old).

The Mavix XM719 rims have been particularity impressive. These wheels are 32-spoke which initially challenged by grouchy devotion to 36- hole drilling for touring, but they have remained true over some tough terrain, including ill advised single track, Morrocan gravel roads with load and lumpy bridlepaths. They seem resistant to chips and scratches too from flying rocks and stones.

Update: Although initially impressed with the rigidity and finish of this rim, the rear has extensive and alarming cracking under the rim tape. This problem has been experienced by other tourers and you can shake the Internet to find out more. It’s a shame, I liked this rim.

A specialist 29+ wheelset for my Surly ECR off road touring rig. The Duallys are a cheaper alternative to Surly’s Rabbit Hole rim and I prefer the aesthetic given they have no ‘windows’. They are a little narrower though.

I recently returned from a two week bikepacking trip to Scotland where these received some very harsh treatment. The rims are now chipped due to flying stones etc, but the wheelset has remained nicely true. The Hope Evo on the front grumbles a little but spins freely.

These are fitted to my custom Woodrup and have proven to be a noticeable improvement on my existing Deore XT/DRC combo. This wheel set is noticeably stiffer and considerably faster. Although I was expecting the Royce Titans to have a bedding in period given the sealing on the cartridge bearings, they have proven to be extremely free running out of the box and whisper quiet. One characteristic of these hubs is the precision… there is no discernible play in the hand so the tolerances are fine. The freehub will get noisier over time, but I have the lubrication kit that will silence them again when this happens.

As mentioned below, the Royce are very expensive but beautifully finished. They are the crowning component on this superb bike and make riding it an even greater pleasure. Highly recommended…

END_OF_DOCUMENT_TOKEN_TO_BE_REPLACED

Just got my wheels through from Spa Cycles. 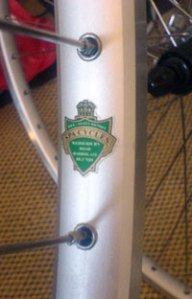 The wheels have a three-cross spoke pattern, as you might expect, and use a combination of SAPIM and ACI spokes. ACI double butted spokes are used exclusively on the front, while the rear makes use of SAPIM only. On the drive side are the substantial SAPIM Strongs, a very meaty plain gauge spoke. SAPIM double butted spokes are used on the non-drive side.

The rear wheel is noticeably heavier than the hand built touring wheels currently fitted to my Galaxy. This is not a drawback in my mind… it’s reassuring given the luggage I am going to be carrying.

One thing to note, though. Spa do not fit rim tape to their wheel builds unless you specify this (at extra cost). This was an oversight on my part.

The next thing to consider are tyres. I have some seemingly indestructible Schwalbe Marathons for these wheels which have done over 1,000 miles and barely have a mark on them. That said, they are quite harsh compared to the Continental Gatorskins I currently use, or the Panaracer Pasela’s on my Thorn.

The fit-and-forget nature of the Marathons may see me going back to this tyre for the LeJOG.

Just had a very helpful chat with the guys at Spa Cycles in Harrogate.

Spa bill themselves as a shop for the touring cyclist and they were extremely helpful re my weight/wheel questions.

They were confident that their ‘standard’ touring wheelset (Sputniks/LX hubs/36 spokes) will be more than adequate for my needs. I though they were keenly priced too, at 135 pounds for the set.

It’ll be a move away from Mavic for me, but I have been assured that the Sputniks are as good as the old T520s, if not better.

Spa also build with Sapim spokes, and use plain gauge on the drive side for strength.

I was loathe to invest in a new set, but am now opting for panniers for my Lejog ( and, on closer inspection, the rims on my Dawes are running a bit ‘thin’).

They are due to arrive in early March as I am working away for most of next week.